DCHS Vex robotics B team (Lucas H, Ethan S, Alfie J, Archie M and Edmund T) competed again on Saturday at Park View school in Chester Le Street optimistic at securing their place in the national finals next month. The team performed brilliantly and for only their second competition they were able to top the leaderboard for the seeding matches throughout the day – these included teamwork matches, driving skills and programming. Schools from across the north east and from London were ranked for their place in the final qualifying games during Saturdays competition – our B team were pitched against a London school in their final match and were incredibly unlucky to miss out on a competition win and a place in the finals by under a second. They had quadrupled their points score since the Nissan event earlier this month.

The events are part of a global competition so the boys were gutted about their narrow miss. With a team driving up from London with the goal of an easy qualification in the north east finding how strong the north east teams are and coming away empty handed shows how competitive we have become.

Our DCHS A team will represent us at the national finals in Telford next month. 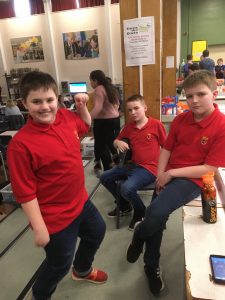 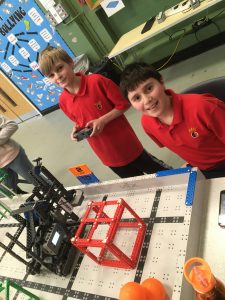