Three lower-school boys were recognised in September for their artistic merits by Cllr Veronica Jones and a selection of their peers and teachers.

Sam T and Will H, both now in year 9, and Finlay W, now in year 10, had been selected as winners in a competition to design a cycling jersey for the OVO Energy Tour of Britain race which came to Northumberland on Monday 9th September. 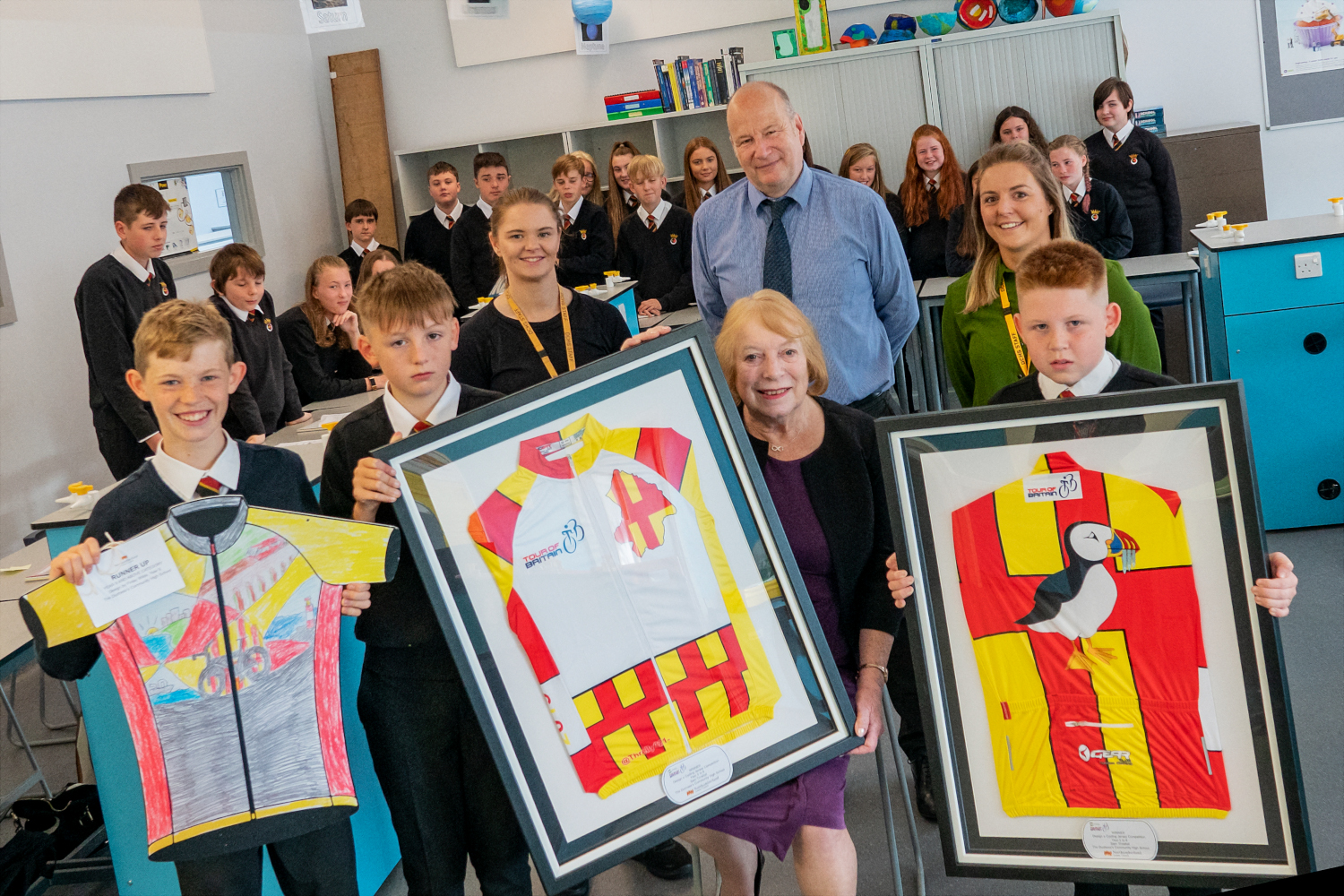 All Northumbrian schools were invited to take part but only one submission was allowed for each age group. Finlay’s design came 3rd in the Year 9+ category and Sam’s design came 1st in the Years 5-8 category. Finlay was presented with a polyboard version of his design, while Sam and Will’s design was made into an actual cycling jersey. They were presented with a framed copy of the jersey which has been put up on a display in school.

Sam and Will’s design featured the colours of the Northumbrian flag and an outline of the county. On the reverse he chose to feature a puffin to represent the Farne Islands and the wildlife our area is famous for. Finlay’s design included images of a bike, a lighthouse, a castle and the East Coast mainline. Both students hoped that the red and yellow of their jerseys would stand out in a throng of cyclists at speed.

Art teacher Jennie Hynes, who ran the competition in school, commented, “The competition was a very quick turnaround and to only be able to pick one entry from both age categories made our job in the Art department very hard. The three boys produced excellent designs, capturing Northumberland at its very best, and we’re very proud of how hard they worked. It is fantastic to have our students and school recognised through competitions in the area. Well done to all who entered.”

Cllr Jones admitted that “it was really difficult judging the entries”, all of which were professionally printed and hung at County Hall over the summer.

The school will further benefit from the boys’ success as the PE and Art Departments will be given a share of the £10,000 prize money, to spend on sporting activities, equipment and school trips.

The boys themselves won the printed jerseys and are due to receive an additional prize from the Art Department.