On February 3rd, nine of our year 8 students represented DCHS in the 2020 Lego “Tomorrow’s Engineers” Robotics Challenge north east heat at Nissan, Sunderland. The competition, supported by Lego Education, Rolls Royce and the RAF involved the design and construction of two autonomous robots able to compete in a speed challenge and a series of programming challenges themed around the environment and sustainability.

Our team performed with confidence and professionalism, working hard to overcome technical issues on the day and were ultimately runners up in this national competition. Team DCHS LEGO won the Robot Design part of the competition) and worked hard on the day to improve their programming and robot performance over several rounds of competition. Overall winners were the more experienced Emmanuel College (who pipped us at the post with an excellent team presentation) who go on to compete in the national finals at the Big Bang science fair in Birmingham later in March. Team members are Claudia I, Hermione L, Molly W, Jamie D, Theo B, Edvin V, Louis M, Izzy H and Adele L. 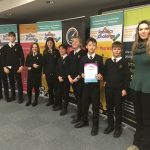 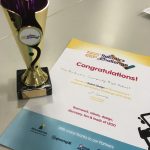 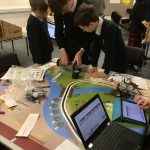 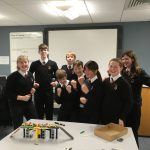