A group of sixteen students were awarded Arts Award qualifications during the ‘ArtsMark Celebration Week’ which ran from 7th to 11th October this year.

During registration, six Year 9 students and ten from Year 10 were presented with certificates by Mr Hall. Arts Award is a range of unique qualifications that supports anyone aged up to 25 to grow as artists and arts leaders, inspiring them to connect with and take part in the wider arts world through taking challenges in an art form – from fashion to digital art, pottery to poetry.

Mrs Brown, Head of Creative Arts, told us, “the Arts Award qualifications are a wonderful way for young people to grow in their understanding of Arts and Leadership. Each award builds on the last to create a unique portfolio of work for each participant, based around new experiences and/or interest within a broad range of Arts Disciplines. We are thrilled to be an Arts Award centre and to have worked in partnership with both The Laing and Mortal Fools to support the engagement of our students in creative endeavour. For many of our students, this programme has tested their resilience and taken many out of their comfort zones…however they have all demonstrated strong strength of character in working through their awards. For many students this award has allowed them to access and succeed in Arts practise that previously they wouldn’t have engaged with. We are so very proud of the achievements of the 16 students who took part, and look forward to supporting them through the next phase of their journey.”

Students in Year 9 had worked with theatre company Mortal Fools over a four-day workshop to produce a short play, helping them to achieve their ‘Explore’ status certificates. Liam S. told us that he had enjoyed working with Mortal Fools in a small group, in particular the combination of acting and games that the company is known for. Isaac D. described the work as “very fun, something different from our usual lessons,” while Adam G. identified feeling more confident with performing and public speaking following the workshop.

The Year 10 students were presented with Arts Award Bronze qualifications, the first step in a longer Artsmark journey to eventually achieve Gold. The students took part in the ‘Articulate’ programme which allowed them to work alongside the Laing and Shipley Art Galleries. Working on the theme of visual literacy, each student learned a new skill before being required to cascade that skill to another student. For student Ruby B., and many of her peers, the scheme marked their first visit to a public gallery, “it was fun and educational, and now we have this qualification as well.” All of the students expressed their thanks to Mrs Brown and Ms Hynes who made the trips possible and oversaw the running of the qualifications. But, as Ms Hynes remarked, “they did all the hard work and they deserve these awards today.”

Look out for other news from the Creative Arts team in the coming weeks. 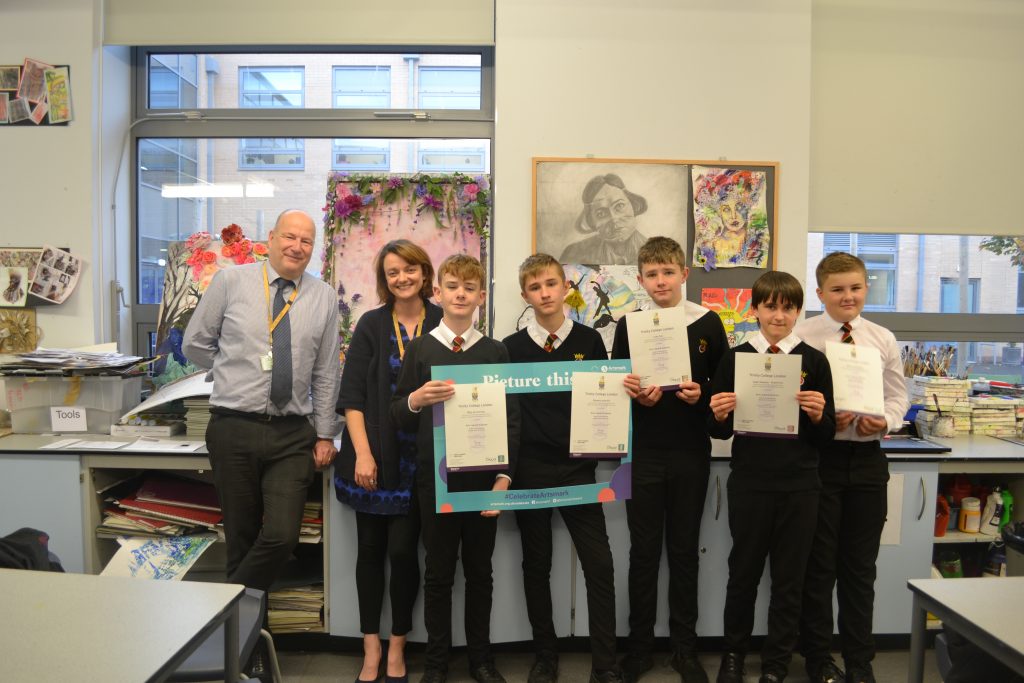 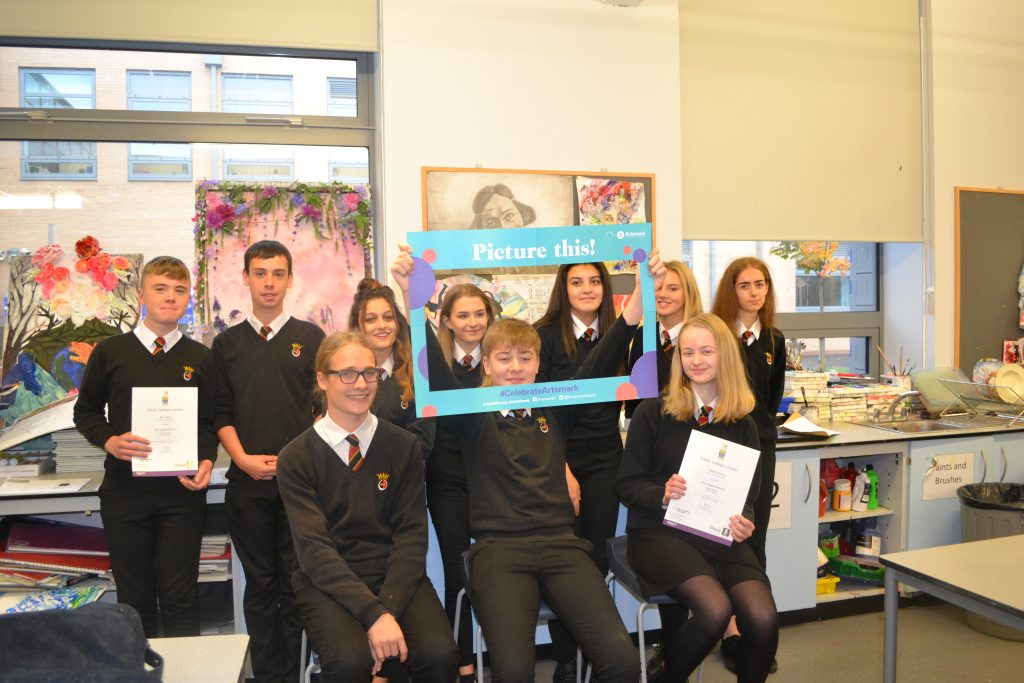