Folk music extraordinaire Alistair Anderson came to visit the Music Department last month to inspire GCSE and A Level music students’ compositions. Alistair – who is from Northumberland originally – spoke to students about his career and even joined the Ceilidh Band in their rehearsal.

Well-known to many local musicians and fans of folk music, Alistair has toured the world playing a variety of instruments including the concertina and the Northumbrian pipes. It was a rare and exciting opportunity for music students of the school to meet such an experienced composer and performer. 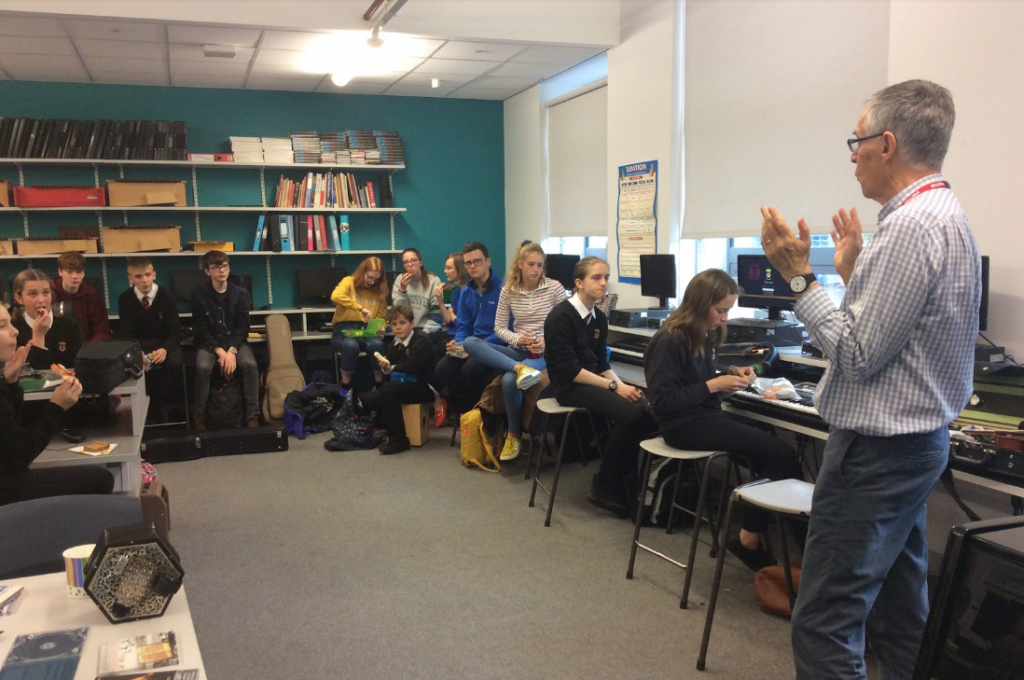 Alistair began his visit to school by helping the A Level students with their composition skills. Rosie S, a Year 12 student, said, “It was great to have the input of someone outside of school who has a lot of experience.” It certainly seems that Anderson was impressed by the enthusiasm and open-mindedness of the sixth formers saying, “the students were very engaging and open to the variety of ideas and approaches to composition.”

Next, Alistair met with the school’s GCSE Music students to see how they were getting on with their composition work. Some pupils are new to this aspect of the course, and so the advice of an accomplished musician is invaluable. Our guest was as impressed with the younger students as the sixth formers, commenting on the “interesting conversations and experimentation” from the students.

At lunch, the Ceilidh Band was very excited to be playing host to such a big name in folk music and had been practising a piece of his to play during his visit.

Alistair kicked off the session with a story about the power of music in even the most unusual places – very interesting entertainment for the band whilst eating their lunch. The rest of lunch was spent performing with him; he was very impressed to hear how the band had found practicing his very tricky piece ‘Panning for Gold’. 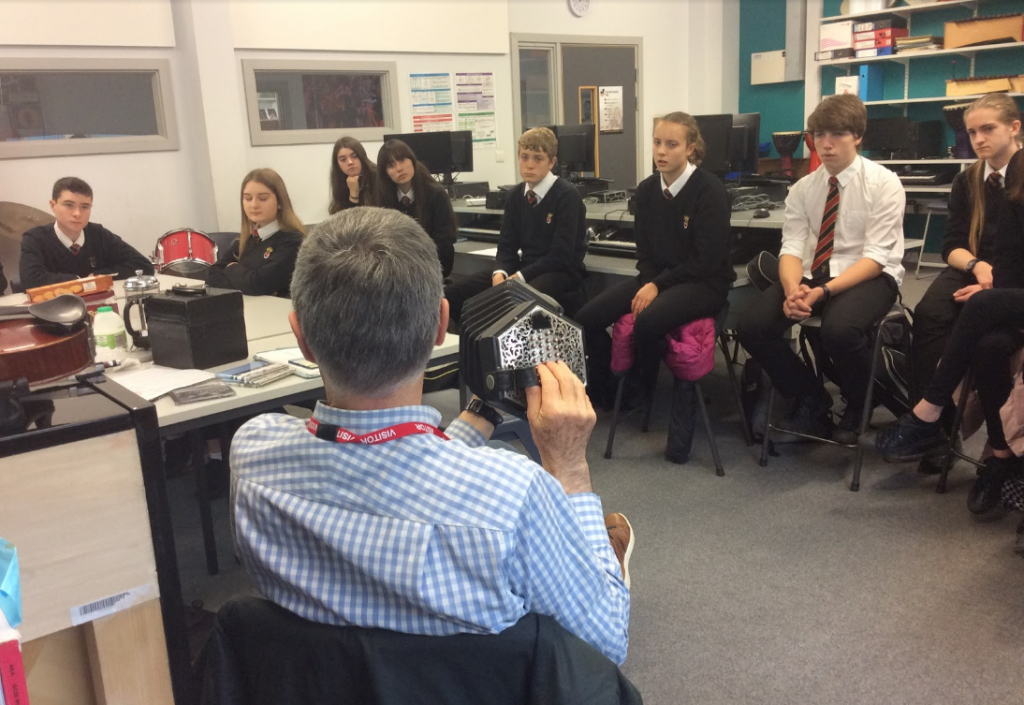 He gave the Ceilidh Band a taste of his impressive skills on the concertina and helped explain the different arrangements and harmonies to the piece. Alistair thought it was “wonderful to see the youngsters playing with spirit and verve”.

The members of the band themselves had a great time playing with the folk music alumni with George M commenting, “It was a fun and uplifting experience.” Student Honey H summed up the experience, saying, “It was heartening to meet such an accomplished musician who has kept Northumbrian traditional music alive.”