Students from 7JAH took part in a national competition to mark Holocaust Memorial Day 2020. The thirty students involved have designed a ‘Memorial Flame’ under the supervision of their textiles teacher, Miss Kidd.

The specifications for the flame in terms of height and weight were very strict, and 7JAH felt that a fabric imagining of the theme – Stand Together – would best suit their vision. The students demonstrated skills in applique, patchwork and quilting, images and colours were selected to represent different nationalities, cultures and beliefs.

The DCHS flame features religious symbols to show unity, and the outline of a flame to represent memory. The students are incredibly proud of their work, and feel it will stand up proudly against other entries from schools, colleges, workplaces, community groups, libraries, hospitals, prisons, galleries and museums.

In total, 75 winning flames will be selected by the Holocaust Memorial Day Trust, to mark the 75th anniversay or the liberation of Auschwitz-Birkenau. Winners of the competition, announced later this year, will have their flame displayed at the UK Ceremony for HMD 2020, which will be held in London on 27th January.

Pay close attention to the website and Twitter feed to find out if 7JAH are successful. If it is not selected among the 75 winners, the flame will still be displayed in school where it can be admired by students and will hopefully inspire reflection and discussion. 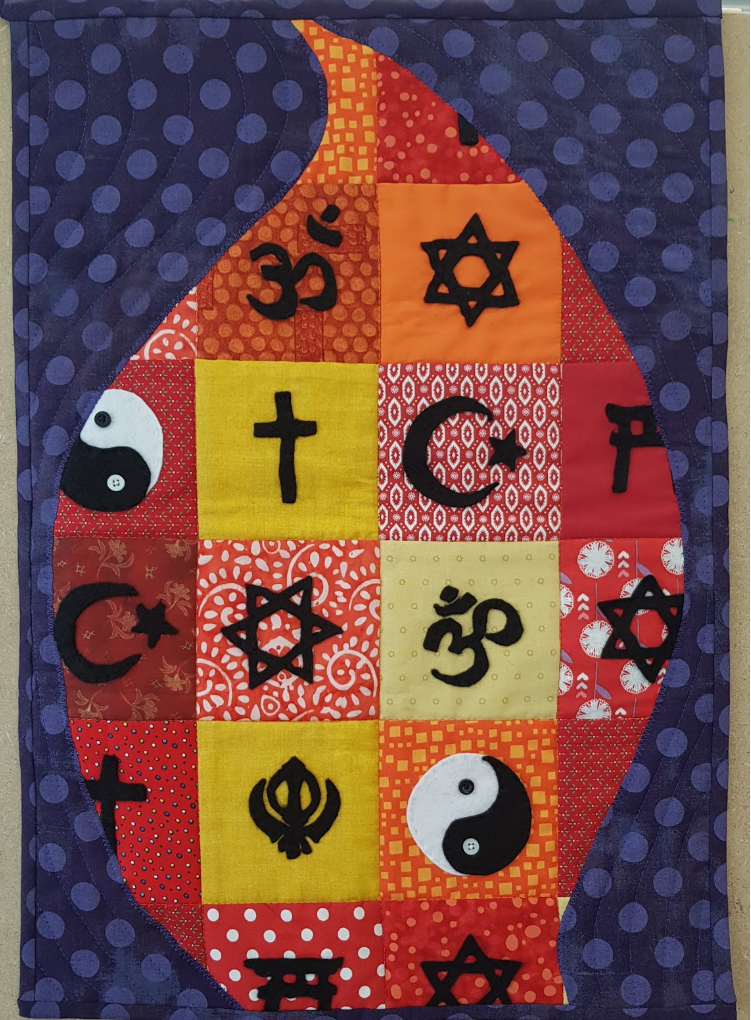