The Science department are hatching chicks and we all get a front row seat!

This year, for science club, we were lucky enough (again) to get some fertilized chicken eggs from Anna M (Yr 13). Out of the six eggs five were fertilized and hatched successfully! First out was our only black chick “Mocha”. He/she was hatched on Wednesday 4th March from one of the bantam eggs (small breed of chicken) followed a few hours later by the second small egg and “Shelly” was hatched (the smallest yellow chick). By morning on the 5th two of the larger eggs had also hatched giving us two very similar yellow chicks, “Rocky” (so named because he/she was always rocking while in the egg while trying to hatch) and “Dora the Eggsplorer”. You can tell them apart as Rocky has a more orange tinge and is slightly bigger than Dora. We were then left with a final egg which was concerning us as it had pipped (made a hole in the shell) over 24 hours earlier and they can dry out the membrane and get stuck! We increased the humidity in the incubator and hoped for the best. A few hours later “Guac” successfully hatched although it looked like the egg yolk hadn’t absorbed fully. This meant that he/she couldn’t join the others in the cage as they would be drawn to the egg yolk and could hurt Guac, he is getting intensive care from Anna at home but we hope he/she can join their egg mates soon. You can still watch the live feed of the chicks through the week and there are holding sessions each lunchtime (except Wednesdays) in D8 1pm – 1:25pm for the next few weeks. 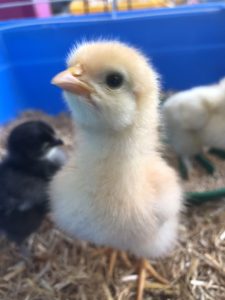 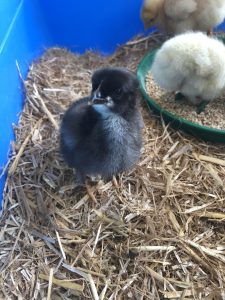 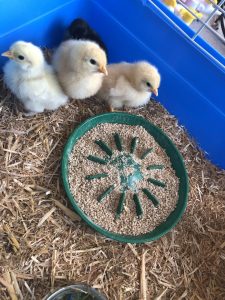 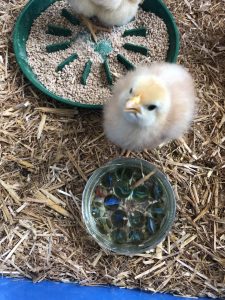 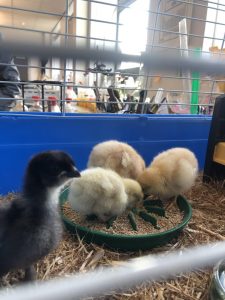