Duchess’s Community High School once again had a good representation at the English Schools Regional finals with six relay teams competing in both the boys and girls competitions from Junior up to Senior Level. Our Yr 9/10 boys team of Josh, Mark, Oliver and Gregor were particularly successful in winning a bronze medal but on the day the best performance went to the Yr7/8 Junior Boys team who swam exceptionally well in the Front Crawl Relay to qualify for the National Finals at the London Aquatic Centre on the Olympic Park. This was a particularly excellent performance as two of the team, Conor and Ruaridh, are only in Yr 7, with the other two members, Edward and Jake, being in Yr 8.
They arrived at the Olympic Pool seeded 20th out of the 30 best teams in England and knew they would have to swim their socks off to get anywhere near the final and the top 10. They were really exceptional and knocked almost 8 seconds off their converted qualification time to achieve the 7th fastest time overall and reach the final. In the final they swam even faster with every swimmer hitting another pb, and even though they were still 7th, they were only 0.04 s off 6th and 0.5s off 4th. To put this into context, the 3 teams who won medals in their event were all specialist swimming colleges and they beat two teams from other specialist swimming schools in the final. Representatives of the English Schools Organisation and other clubs recognised their achievement and congratulated them on their swimming and overall it was a fantastic experience.

To sum up the performance, they were the 4th fastest Junior team from the North East going into the finals and by the end, they were the fastest team in the North. Additionally, Ed swam the fastest 50m of any junior swimmer during the whole event. All 4 swimmers should be very proud of this performance and the hours of hard work they have put in over the last few years to reach this standard. The boys would like to say a big thank you to all their coaches at Alnwick Dolphins ASC who coach them every week. 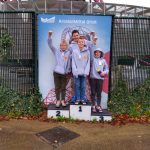 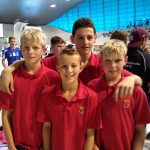 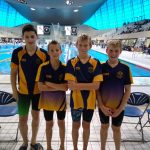 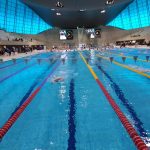 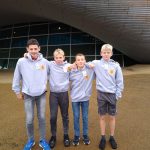