Post inside this category will show up on the front page

Tim Holmes, the Tobacco Control Lead from the NHS, is in school this week talking to students about the dangers of smoking and e-cigarettes. As part of this Fresh North East launching their illegal tobacco campaign – ‘Keep It Out’.
For further information, visit their website https://keep-it-out.co.uk/

The season for Alnwick Rugby Club’s U16 team has been extremely inspirational following an incredible tour of Japan in October 2019. Twenty one boys, sixteen from Duchess, were determined to ‘earn’ the trip. The boys spent two years raising funds through numerous events, including selling christmas trees and working for local farmers picking wild oats and cleaning out chicken sheds. Their hard work paid off and the team had a trip of a lifetime. Highlights included playing local Tokyo teams and international schools, visiting Mount Fuji, meeting the England Team during a training session, and the climax – tickets to the World Cup Final in Yokohama! None of it would have been possible without the support of the Alnwick Community and the hard work of the boys and their coaches. 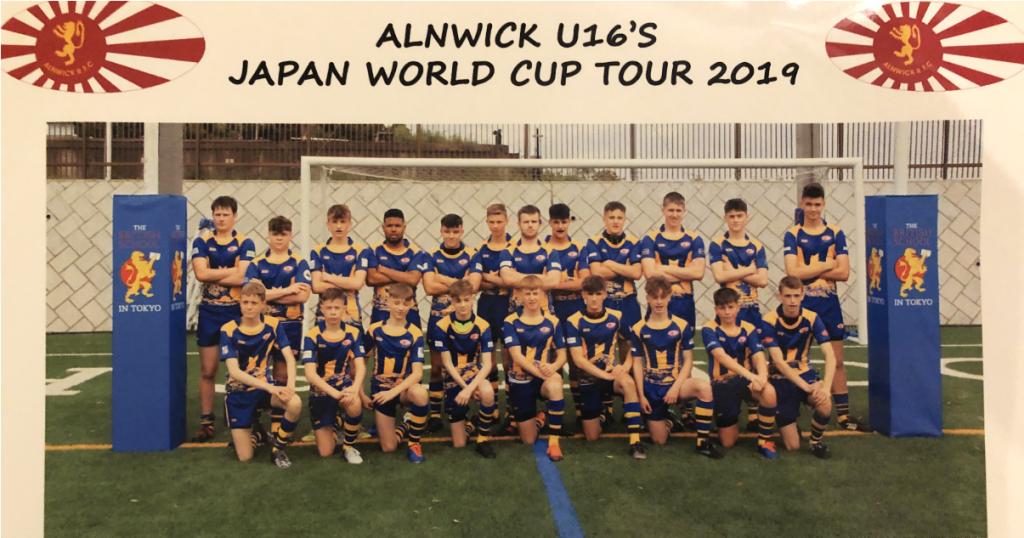 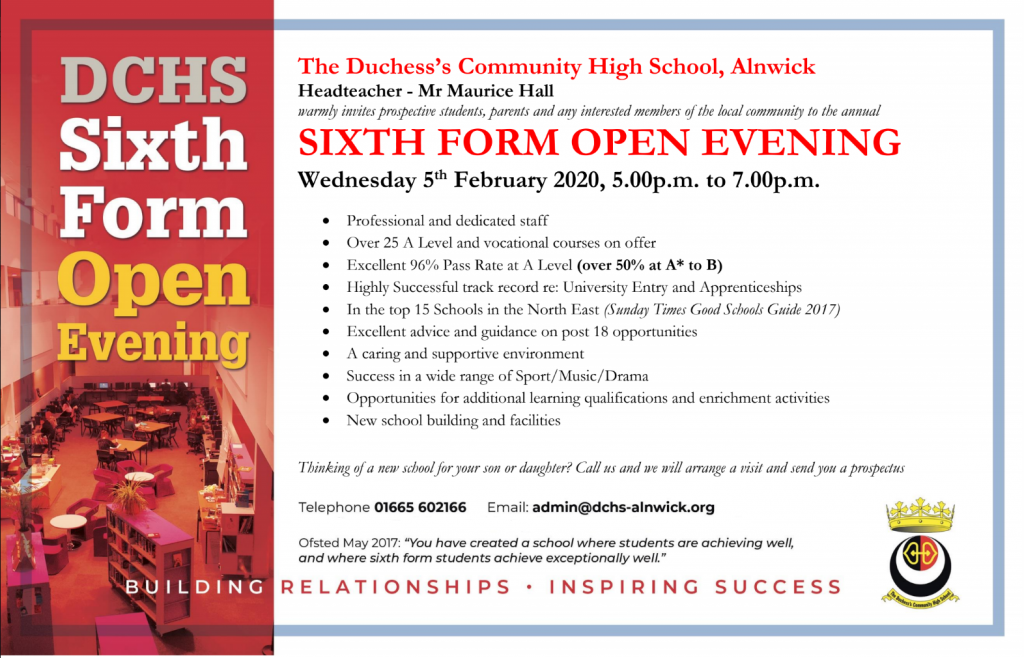 Students in year 11 and 12 used the software desmos to create artwork. They used graphs, inequalities and lines to make pictures and the designs were entered into a competition. The students who entered won a certificate, selection box and had their designs turned into t-shirts! Well done to Ethan H and Matthew B who designed the pig (with a wagging tail!), Iain T who made the banggai cardinalfish and Harvey W who graphed Simon the chipmunk.

During December, further maths students from DCHS took part in the Ritangle challenge. This national challenge gave different problems where the answers built up into another clue for another question, which then gave a final problem to solve. The challenges were tricky, but with lots of determination and teamwork, all the clues were solved!

There was lots of excitement trying to solve the final puzzle, which the team did within a few hours. Unfortunately another school beat us to it to claim the top prize, but the team managed to get the correct answer and are listed on the ritangel website, alongside many prestigious schools who also took part – https://integralmaths.org/ritangle/

The whole team did fantastically, but a very special well done goes to Iain T for being the team leader and Silas L who helped solve problems with his use of technology.

Recently the highly regarded Ferio Saxophone Quartet visited Duchess to provide inspiration to our musicians. A wonderful opportunity to learn some new skills with practicing musicians! Mr Ridley (Head of Music) said ‘Having the Ferio Quartet come in to work with our students was an amazing experience. Not only were the group really informative, but they worked fantastically with all of our students. The students were treated to some high quality performances with a very insightful understanding of the pieces of music. It was wonderful to see how our students reacted to following some of the more complex pieces, and then totally engaging with a performance opportunity – something I am sure they will not forget.’

Students of the school were enthused and Sophie – 7JRT said ‘The Ferio Saxophone quartet are an amazing group of highly talented musicians. It is inspiring to hear music played in a new way like they do. After performing songs from different time periods to us (some not written for saxophone), they let us stand behind them and follow along their music. After showing us some techniques, they let us play the Toy Story theme tune with them. It was incredible to meet and play with them’. Adam – 10NB was equally effusive saying ‘I really enjoyed meeting the Sax Quartet. They were amazing at playing and really inspired me to do something with Music. I’m so glad that because of this I have the opportunity to sit in the pit of a professional band.’ Also George – Year 12 said ‘as someone who is unfamiliar with the saxophone as I don’t play any wind instruments, I found the experience both interesting and enjoyable. I learnt a lot by listening to the performance about how different textures work, how quartets function as well as some music history. It all helped me with my A level music course and I hope to apply the knowledge to my future compositions’.

Here are some images from the visit: 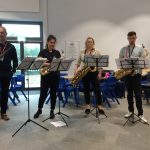 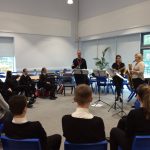 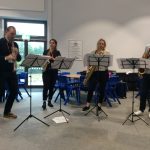 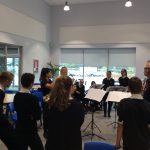 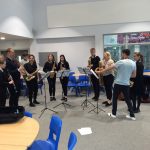 Happy Christmas from all the staff at DCHS

The DCHS Charitable Trust has launched a your school lottery to support events, resources and activities at the high school. The tickets are £1, 40% of each ticket sales are donated to the trust, every week there is a prize for someone who supports the lottery (the more supporters we have the bigger the prize), every week there is a grand prize of £25,000 for ticket holders across all schools who run their own lottery. Our first ever draw will take place on the 14th December, sign up as soon as you can! The lottery is open to all parents, extended family members and alumni of DCHS. 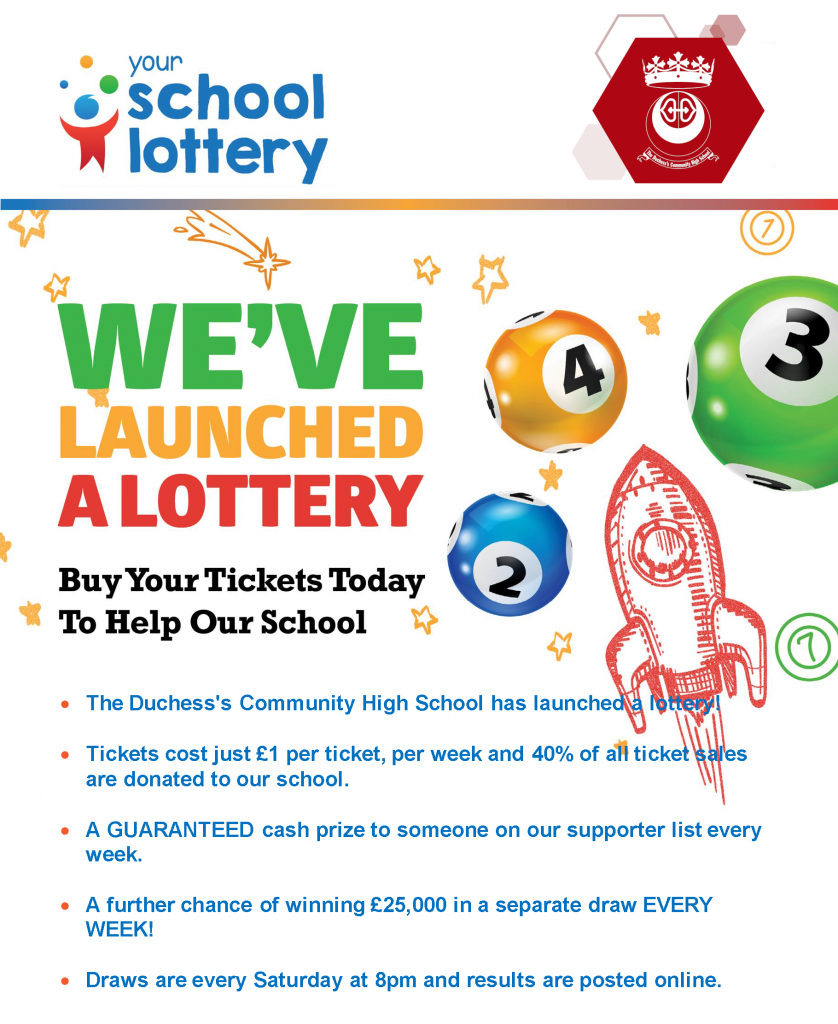 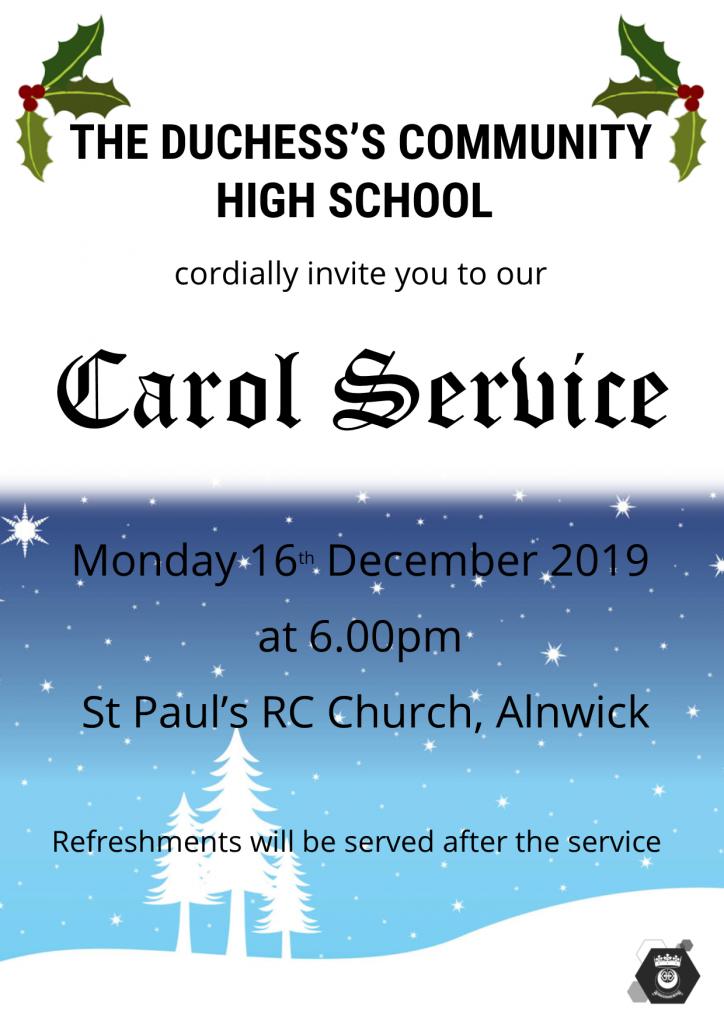 Ten students, aged between 11 and 15, took part in the competition, which tasked competitors with producing a healthy three-course meal for two people for under £20.

Food and Nutrition teacher Louise Milburn commented, “the standard of all the food produced in the 2 hour timeframe was outstanding. All ten competitors kept their cool and produced fantastic results.”

The overall 1st place winner was Year 10 student Kayleigh. She will now go on to compete in the regional heat next March. The runner-up was Year 9 student Dan , and Alfie, also in Year 9, received the Head Judge’s prize for his cheesecake.

The staff and students at DCHS would like to thank Joy Palmer Cooper and Barbara Reid from Alnwick Rotary Club and Head Judge Jimmy Dodds for judging this year’s competition.

We’ll keep you updated as Kayleigh progresses through the next stages of the competition. 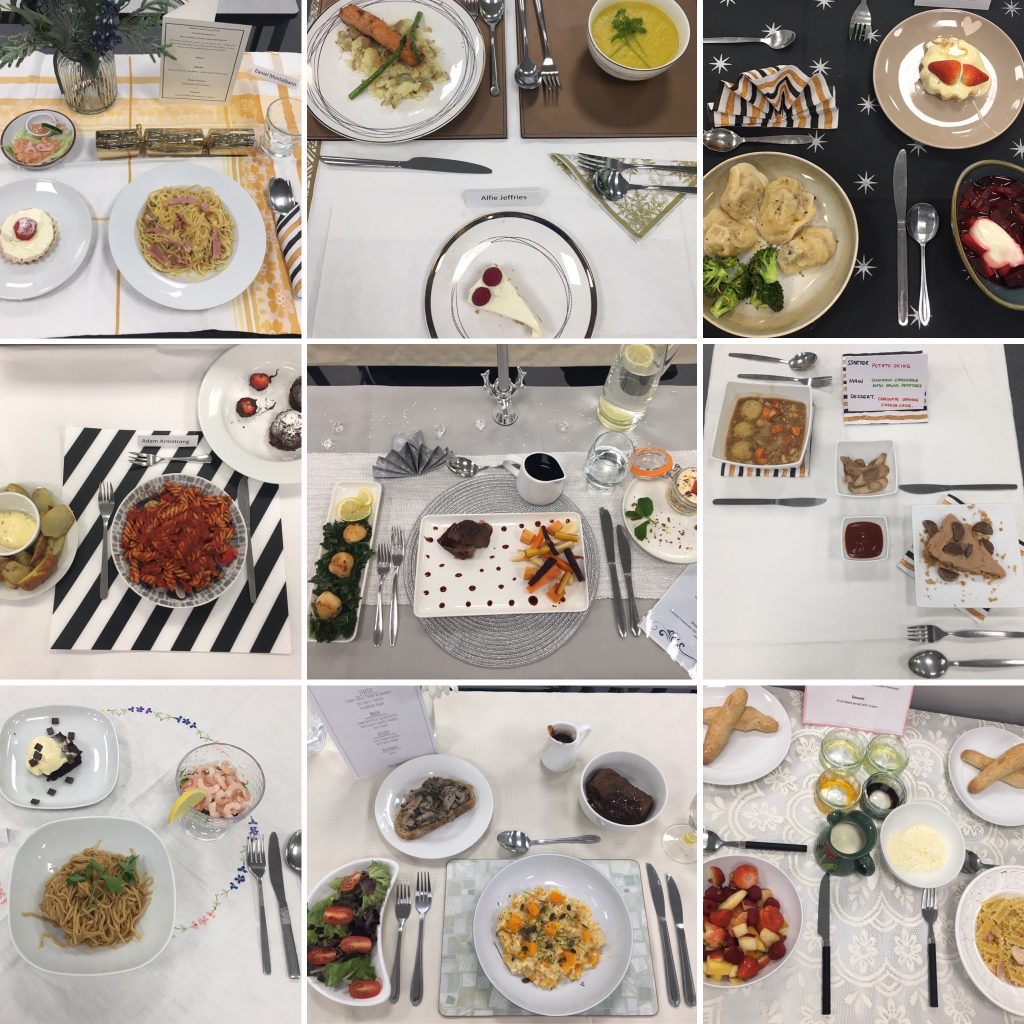